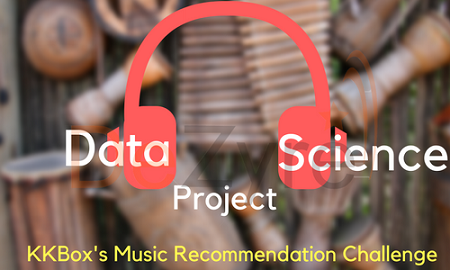 With unlimited music streaming services, it has become important to personalize algorithms, however this would be possible only if there is enough historical data. Currently KKBOX uses a collaborative filtering music recommendation engine but aims to employ novel data science techniques which could lead to better results. The new recommendation algorithm would know if a listener likes a new artist or a new song and what kind of song to recommend to brand new users.

What will you learn from this data science project?

About the KKBOX Dataset

You will work with Asia’s leading music streaming brand KKBOX dataset that provides over 40 million tracks at your fingertips having over 10 million members across the region. The training dataset contains information on the first observable listening event for every user-song pair in a given time duration. The dataset also provides metadata information for every user and song pair.

So, what are you waiting for?

Check out other interesting Big Data Projects and Data Science Projects to build your project portfolio.