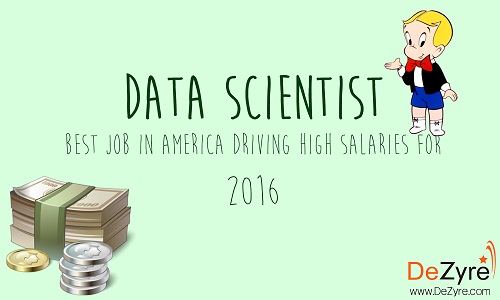 Big Data is here to stay and businesses will continue to hire experts in data storage and data analysis. Data Scientists have a unique advantage as the world increasingly turns towards data for better decision making. These unicorns of data analysis are of great value to any organization as they help discover novel information that paves way for new revenue streams or helps a company streamline its business operations. 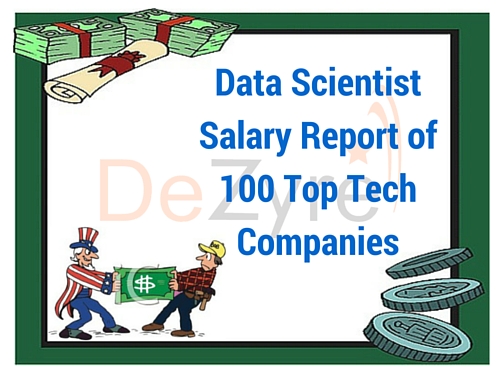 “Data Scientist” is likely to replace a “Doctor” or “Lawyer” as the profession of choice that parents will inspire and encourage their kids to pursue in future. 6000 companies are likely to hire data scientists and the industry is going to create 4.4 million data science jobs by 2018. According to a McKinsey report, by end of 2018 the demand for data scientists is expected to be 60% greater than the supply.

Data Scientist is going to be one of the most difficult jobs to fill in 2016 as the job responsibilities and skill sets of a Data Scientist are yet being defined at several companies. Only 40% of the interviewed candidates get hired as data scientists by the top tech companies. This will also pose a recruiting challenge for the hiring managers in finding the best and the brightest candidates who can extract value from data.

Data Science Skills Must Haves for 2016 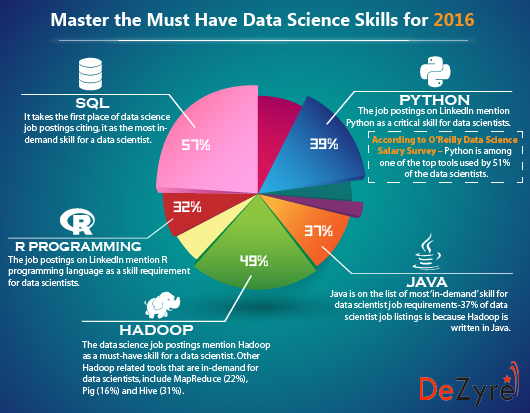 Candidates interested to pursue a career in data science have often asked this question - “What skills are most employers looking for while hiring data scientists?” It is a known fact that data scientists are a rare breed as they are required to have high quality specialized knowledge and a myriad skill set but there are few skills which every data scientist must know. SQL, Hadoop, Python, R and Java are the five most desirable skills employers are looking for and are willing to shell out big money for candidates with expertise in these skills. According to CrowdFlower analysis of 3490 postings for data science job roles in LinkedIn, the most in-demand skills for data scientists in 2016 are -

Learn Hadoop to become a best data manager at one of the top tech companies!

Become a competent Python Programmer to build a lucrative career in data science!

Get Started working on your R programming skills for data science now!

Learn Apache Spark to stay ahead in the competitive world of data science!

Data Scientist Jobs in Various States in US 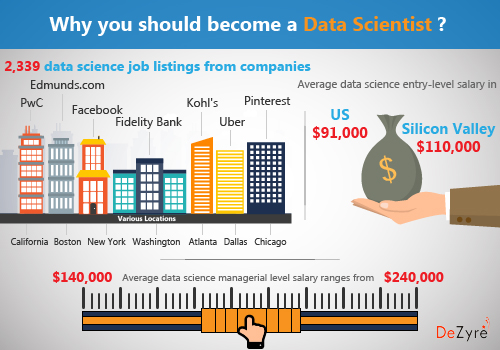 It is obvious that technology firms like Netflix, Spotify, Uber and Amazon, have data science teams but the job role of a data scientist has now filtered down to non-tech companies like GAP, Nike, Neiman Marcus, Clorox and Walmart. These companies are looking to hire brightest professionals with expertise in Math, Statistics, SQL, Hadoop, Java, Python and R skills for their own data science teams.

The search for the term “Data Scientist” in California on Glassdoor showed 836 open data science jobs as of Feb 20th, 2016.

The search for the term “Data Scientist” in Washington on Glassdoor showed 236 open data science jobs as of Feb 20th, 2016. 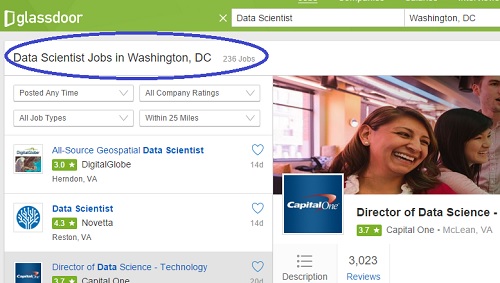 The search for the term “Data Scientist” in New York on Glassdoor showed 322 open data science jobs as of Feb 20th, 2016. 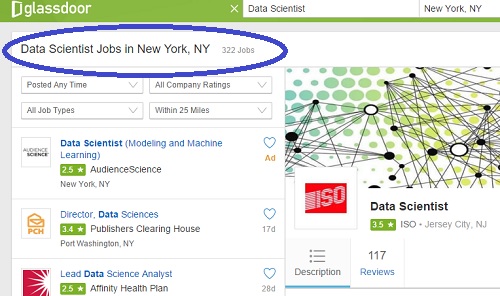 According to Indeed.com, average data scientist salary is $123,000.

According to Glassdoor.com, average data scientist salary in the Bay Area is $126,000.

Average Data Scientist Salary Based On different states in US 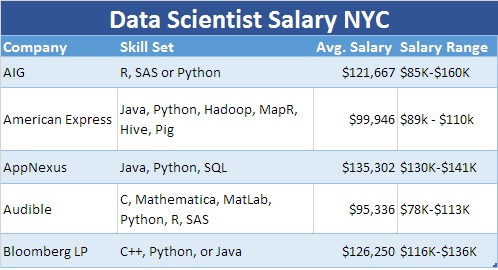 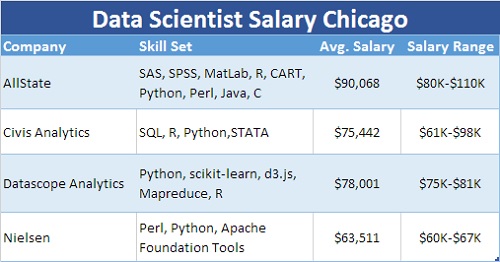 CLICK HERE to get free data scientist salary report for 2016 delivered to your inbox!

As the industry continues to see an increased salary trend for data science jobs, it is evident that the big data world that highly values their contributions.2016 is the best time to learn data science and make a career switch. DeZyre’s IBM Certified project-based data scientist training, in various tools and technologies like - Hadoop, Spark, Python and R helps individuals apply their research skills to a product or business for better decision making.

Disclaimer – All salaries listed above have been collated from Glassdoor, Indeed, PayScale as a reference.