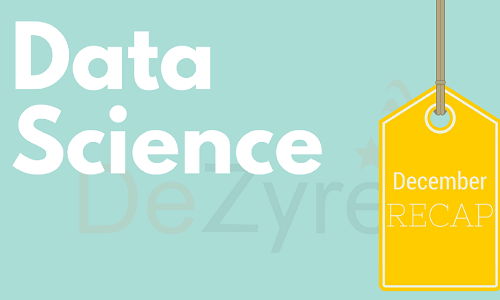 Two Sigma , one of the fastest growing hedge funds has partnered with Kaggle to host a machine learning competition amongst the silicon valley giants. Earlier Two Sigmas has partnered with Quantopian Inc. and WorldQuant to find the next generation of Quant talent. This time it has tied up with Kaggle to find data scientists interested in crunching financial data. The prize money for the competition is f $100,000 with a time limit of 3 months. The top Kaggle performed in the Two Sigma contest will win $25,000 and the remaining prize money would be divided among 6 runners up. With its 730,000 user base, Raghavan , head of innovations and business growth considers Kaggle as an interesting source of recruitment.

Robert Half recently published Technology and IT Salary Guide for 2017. The salary guide is prepared based on the Interviews with the North American placement company that makes thousands of placements every year. It is predicted that the salary of the data scientist during the year 2017 will be somewhere near $116,000 to $163,500 which will be about 6.4 percent higher than the data scientist salaries in 2016. Big data engineers salaries are predicted to range from $135,000 to $196,000, 5.8% increase from 2016 salary levels According to the Salary survey, data scientist and big data engineers are among the top technology jobs to watch out for in 2017.

With buyers and sellers now investing more on Big data and digital platforms, there is a major shift from Media Research to Data Science. Many Big companies like Viacom, NBCUniversal and Turners are making big investment in these kind of platform to create additional value for advertisers. The TiVo Research and Analytics (TRA) team has come up with a new software by which they will be the first to market with audience targeting by helping marketers understand their targets in terms of their media spend.

Dell plans to double the number of data scientists in its Performance Analytics Group, headquarted at Bengalure.It plans to hire doctorates in maths and statistics with 3-5 years of experience for entry level data scientist positions and 7-10 years of experience for senior level. This is going to happen over a year period of time. In the next 12-18 months, Dell plans to accelerate the use of machine learning, predictive analytics and artificial intelligence to lead global processes.

Gilad Lotan has been appointed as the new Vice President of Data Science team which is a new role at BuzzFeed. Gilad Lotan has worked as a chief data scientist at studio Betaworks which was his most recent experience. He has also worked for many companies before including Microsoft, SocialFlow and Endemol. Gila Lotan will lead a 11 member data science team at BuzzFeed which will expand significantly over the next year. Data plays a vital role in BuzzFeed for international growth and commerce. Nicole Nguyen the previous VP of Growth and Data at BuzzFeed told that Lotan is a very talented data scientist.

Why is data science such an important skill?SiliconRepublic.com,December 9,2016.

Data Science has been and is one of the hottest career tracks. David Pardoe from Hays Recruitment has the answered this question from his experience. He says that the goal of data science is to help make better and quicker decisions. All the industries require humans to predict how the machine will make the decisions. He says that humans lie behind all the decisions and there are various theories for that.Data Science defintely is not going to replace human decision making because even the fastest computer in this world is slower than the human brain.However, a duo of smart human thinking and data science will definitely help organizations make better decisions and is an unbeatable combination.

The term data will have different meaning to different sets of people and with different importance. Similarly the term data science will vary from a startup to a multi-million dollar company, the problems, the teams, the roles everything will vary. To make this easy this broadly sectored in 4 parts.

Did Data Science lose the US election ? InformationManagement.com, December 20,2016

We all are claiming this to be the era of Data Scientists and Data Analysts. But, the recent US election, has raised everyone eyes. Could this mean that data science has wrongly predicted or it has failed? We have to gulp this down to our throat that data science has failed in real. Even the data analyst company hired by Republicans has predicted that their candidate had only 30% probability of winning. But, there is a learning point in this, and we should ask that, what data science should deliver or provide? A data scientist can collocate data, generate various models and provides viable information for prediction. But, how person who knows nothing about context from where the data has come, can possibly predict the outcome. The data should be stream to subject matter experts, who can create meaningful information using their knowledge.

Everyone dreams of having salary in seven figures, an ultra-luxurious house, a brand new Ferrari, and the list goes on. But, a very few can achieve their dream at a very small age. Those few are Portfolio managers in hedge funds companies. Those people get paid gigantic amount salary and for obvious reasons. Since long time their territory were not been attacked by anyone but from past few years, their rulers (Portfolio Managers) are living in fear of getting conquered by none other than Data Scientists. For so many years they have been thrown to back office works, scientists who can code clean, design and model various visuals from the data in different ways are in great demand now. According Alexey Loganchuk, an experienced data scientist can get $500K to $700K. Sooner, data scientist will be the new masters of the universe.

Most Popular Programming Languages For Machine Learning And Data Science.Fossbytes.com,December 23,2016.

In 2014, Google acquired DeepMind an AI based company for $500 million. We can imagine now how fast the machine learning, data science, and AI space is growing. With this the demand for particular programming languages and skill set have also seen an exponential growth. Python, Java and R were the top winners in this race and for obvious that Python tops the charts followed by Java. Scala and Julia are also growing fast and becoming popular for machine learning and data science.