The phrase “Who is a Data Scientist” is still in its evolving phase. Data scientists come from various backgrounds and they can be accountants, programmers, mathematicians, business analysts, statisticians, visualization experts, machine learning practitioners, data miners, data engineers, etc. A data scientist from a software programming background can specialize in dozens of different programming languages like Python and R for doing data science. Similarly, data scientists from statistics background can specialize in econometrics, mathematical statistics, biostatistics, business statistics, etc. There is not a single data scientist who knows all of these programming languages and uses all the various methods for analysing organizations’ big data to leverage analytics. It is difficult even for the universities to decide on the curriculum for training data scientists with a broader skillset. 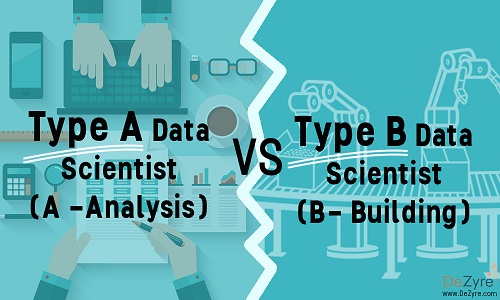 Type A Data Scientists are the people who have good technical skills required for working on data science projects. They could be predictive modellers, Python or R programming experts, Business Intelligence experts, Statisticians, Machine Learning practitioners, Data miners, etc. These are the data scientists who have in-depth knowledge about their specific subject and can help an organization explore the data using the best methods in their give field.

One need not have a Master’s or PhD to become a Type A data scientist. It is also not necessary to be from a statistics background to call himself/herself, a Data Scientist, however some knowledge about statistics is always beneficial.

Profile of Type A Data Scientist

Type A Data Scientists can be from a mathematics or statistics background. People from a non-quantitative background can also supplement the role of a Type A data scientist. They just need learn various tools like R programming, SQL, SAS, etc. that can help them with number crunching.

Must Know -Skills and Tools for Type A Data Scientists

Some of the important skills and tools that a Type A Data Scientist needs to know include - R or SAS, SQL, Data Modelling, Data Warehousing, Data Mining, Data Analysis, Reporting and Database Management.

The B in Type B Data Scientist refers to building. Type B data scientists share some common statistical grounds with Type A data scientists but they are programming geeks. Type B data scientists mainly work with the big data in production to build models that interact directly with users. The kind of models they build can be serving recommendations for products, listing relevant advertisements based on browsing history, suggesting people who you may know -  to add in your friend list, customizing music or movie recommendations, etc.

Type B Data Scientists predict the unknown, by asking questions from different perspectives of the business, writing complex algorithms and developing statistical models. Type B data scientists have proficiency in building their own automation tools and frameworks.

“Some say a data scientist is a statistician who can program, and data science is statistics on a Mac.”- said famous Mathematician, John D Cook

Profile of a Type B Data Scientist

Type B data scientists can be described as professionals who have statistical and mathematical knowledge along with a taste of hacking skills and possess good substantive expertise.

Must Know -Skills and Tools for Type B Data Scientists

Some of the important skills and tools for Type B Data Scientists include - expertise in Python and R language, Hadoop, Java, Data Analysis, Object Oriented Programming paradigms, NoSQL, Machine Learning, and Software Development.

Average Salary of a Type B Data Scientist

According to Glassdoor the average salary of a data scientist is $118,709.